The Internet Corporation of Assigned Names and Numbers (ICANN) will have a Policy Update Webinar on Thursday 12 June at 19:00 UTC (3pm in Trinidad and Tobago), summarizing policy activities across ICANN’s policy development community and updates on topics from ICANN’s Supporting Organisations and Advisory Committees.

You can listen to the webinar via Adobe Connect at http://icann.na3.acrobat.com/update

ICANN (http://www.icann.org/) is an international and not-for profit organization that brings together individuals, industry, non-commercial and government representatives to discuss, debate and develop policies about the technical coordination of the Internet’s Domain Name System (DNS).

The At-Large Advisory Committee (ALAC) is the primary organizational home for individual Internet users within the Internet Corporation for Assigned Names and Numbers (ICANN).

The role of the ALAC is to consider and provide advice on the activities of ICANN, insofar as they relate to the interests of individual Internet users.

The At-Large Community within ICANN is primarily made up accredited organizations referred to as At-Large Structures (ALSes) representing the interests of individual Internet users.

Once such an organization is accredited through the ALAC, it becomes a member of the appropriate ICANN Regional At-Large Organization (RALO). There are five RALOs, one corresponding to each of the five geographic regions defined by ICANN.

Each of the Regions is represented on the ALAC with three members of whom two are appointed by the RALO and one by the ICANN Nominating Committee.

The Trinidad and Tobago Computer Society is an accredited ALS and a founding member of the Latin American and Caribbean Regional At-Large Organisation (LACRALO). Its representative, Dev Anand Teelucksingh, is currently serving on the  ALAC.

Apple WWDC 2013 ; how to watch the keynote and read the announcements 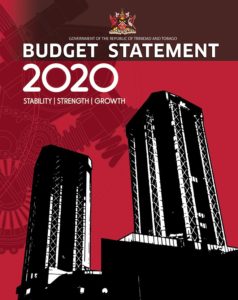 ICT related aspects of the 2020 #Trinidad and #Tobago Budget Statement