According to a May 24 2018 news report from C News, Acting Senior Superintendent McDonald Jacob spoke at a police townhall meeting in Rio Claro on how the Trinidad and Tobago Police Service is using technology :

“The Police Service now has a records management database. This records management database is linked to all police stations throughout Trinidad and Tobago and that is the reason why when you go to the station and the police is taking a report from you, you will see them with a long form that some people talk about which is a coded form that the officers will just tick off certain information or write in certain information. That is to cater for the database.”

According to C News, data specialists then enter the information in the records management database.

“..2008, the police service introduced crime analysts for the purpose of going on that said database, pulling all of that information and doing victim profiling, offender profiling and all some of the work you may see on the television is being done by the Trinidad and Tobago Police Service, so we in fact have technology, we have that linkage, that networking to all the stations. What we don’t have is the computer in the vehicles where the officers can go on a computer in the vehicle and do checks like what you may all see on television.” 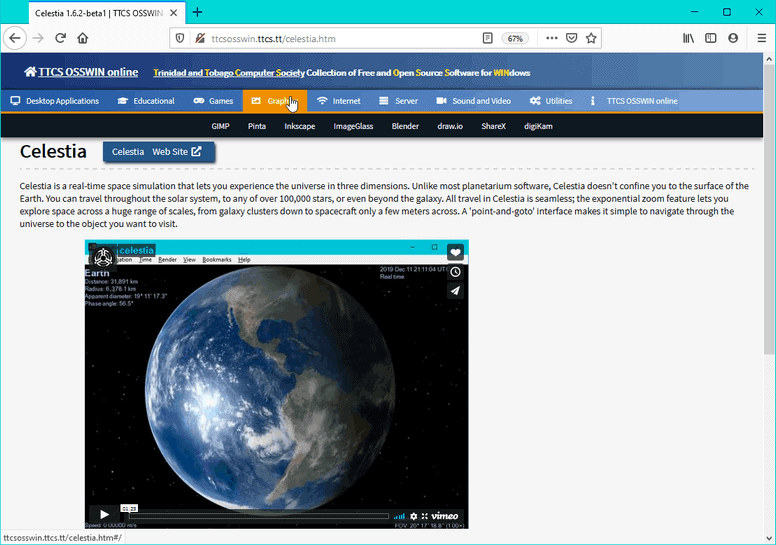 TTCS OSSWIN 2.7 available for download – a collection of Free and Open Source Software (#FOSS) for Windows