In an effort to allow the TTCS to take advantage of the opportunities being presented to us more often now,
the Directors of the TTCS have undertaken an exercise to update the TTCS bye-laws. We had the bare minimum before, but in order to get more involved in some of the areas that you, the membership, are suggesting, we need to be more structured.

This process is not meant to change the essential character of the TTCS, but rather to make sure that we can move forward with projects that have been suggested.
The updated bye-laws can be found at
https://files.ttcs.tt/Trinidad-and-Tobago-Computer-Society-Bye-laws.pdf
The main additions and changes to the previous byelaws are:

Looking forward to your comments and suggestions over the next two weeks. We will close comment on May 23 2011 and have our first official meeting on May 28 2011, at which these byelaws will be adopted, and the first TTCS Executive will be voted into office.
We hope that you approve of the steps we are taking to move the TTCS to the next level. 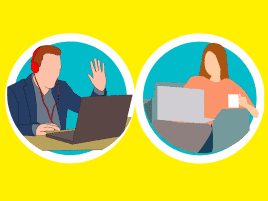